Cosmetic Surgery: A Boon Or Bane? 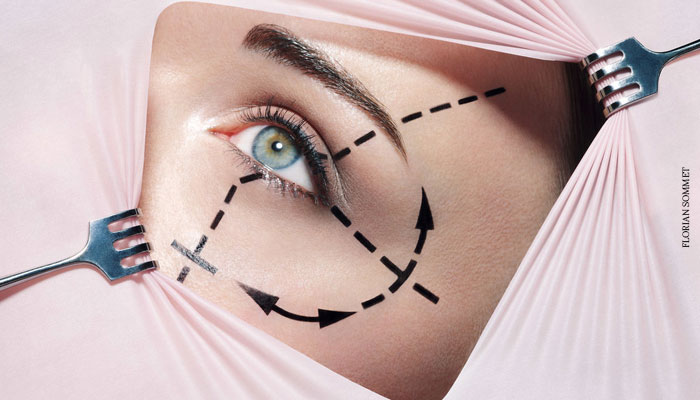 Just hear someone say the words ‘plastic’ and ‘surgery’ in the same breath, and you’ll see people frown their disapproval. Shame on the person who flaunts her wrinkle-free Botoxed forehead or augmented chest. And worse, how dare she revel or speak up about in her ‘vainectomy’? We’ll immediately conspire against her, successfully shattering her new-found self-confidence. Not that we spare celebrities. ICYMI, the hate on Twitter and Instagram is real. The problem is, we don’t even think we’re the problem.
In this regard, thank god for millennials and the selfie-obsessed Gen Z. For disrupting regressed opinions and spearheading movements like body positivity, inclusivity, gender fluidity… Young people today insouciantly own up to their flaws and ‘fix’ them regularly. Dr Kiran Lohia, who specializes in aesthetic medicine and laser surgery in New Delhi says, “The world of the Kardashians has made cosmetic surgery accessible and reduced the fear associated with it. Almost 50 per cent of my patients are kids.”
While the dangers of the cosmetic surgery shouldn’t be treated lightly, cutting-edge technological advancements shouldn’t be dismissed either. The influx of nonsurgical beauty procedures, laser treatments, out-patient injectables, and at home cryotherapy kits boast low-risk, low-downtime, low cost, lower invasive and completely efficacious options. In fact, it’ll be foolish to sit on a high horse and not leverage these trending, risk-free procedures. Khloe Kardashian’s quote to Cosmopolitan put things into perspective, “I think plastic surgery should be viewed almost like makeup, because we’re all putting on a f***ing mask basically every day anyway, when you dye your hair, you’re changing who you are, and I don’t think there’s anything wrong with that. I think people should get plastic surgery or fillers or lasers or whatever if they want it — that should be your own personal decision.” Touché!
Think that breast augment will give you that much-required raise? Go for it. Your nose giving you sleepless nights? Fix it! Your post-pregnancy fat not getting you any modelling offers? Tighten it. Age catching up? There’s no need to give Botox a bad name when all it’s doing is smoothing lines and lifting your spirits. The next time you’re left confused, let these celebrities, influencers and real girls help you thumb your nose at naysayers. 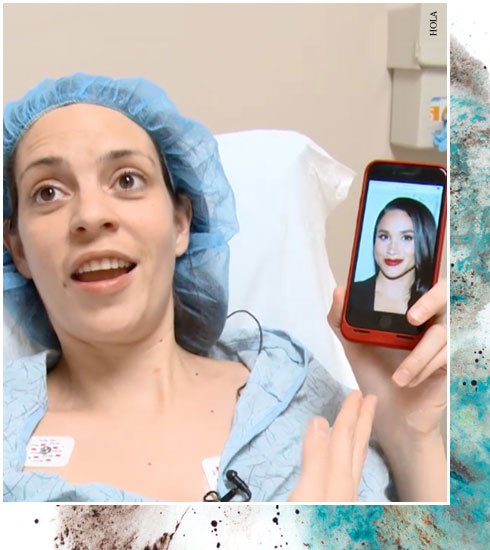 Who: Xochi Greer, Lawyer of 36 years,

What: Plastic Surgery to achieve the ‘Markle Sparkle’

Why: “After the birth of my youngest daughter, my body just wasn’t the same. Bouncing back from a pregnancy in your mid-30s is not as easy as it is in your mid-20s. I went to Dr. Rose to see what we could do to help get my body back to where it needed to be and to fix my nose, which was broken several years prior. I think I got exactly what I wanted out of it. The changes are subtle, yet just enough to give me that extra boost of confidence.” Thus, uplifting her self-esteem, which also took a massive hit ever since her battle with child support for her first born.
Excerpt taken from Insider.com

Why: “I really love my body and the way it is right now. There’s something very awkward about women and their breasts because men look at them so much. When they’re huge, you become very self-conscious. Your back hurts. You find that whatever you wear, you look heavy in. It’s uncomfortable.”
Excerpt taken from Eonline What: Septoplasty to correct her deviated nasal septum

Why: “It was necessary to overcome the persistent breathing trouble. After the surgery, life has become a lot easier. I’m able to sleep peacefully and sing without any difficulty. It is a minor procedure and I am greatly relieved.”
Excerpt taken from DNA

Why: “Nineties brow was to pluck everything out, and then eventually it was tattooing. It used to take me over an hour to do them because I was so particular about the shape and the symmetry. I would go on set, and the makeup artist would change my brows, and I would get frustrated and change them back in my room. So eventually, I went ahead and tattooed them. Problem solved.” Fed up of constant snide comments that went like, “Your hair looks excellent, by the way, and your eyebrows still speak to me,” Good told herself, “You know what? I need real hair.” And that was that.
Quote from Allure 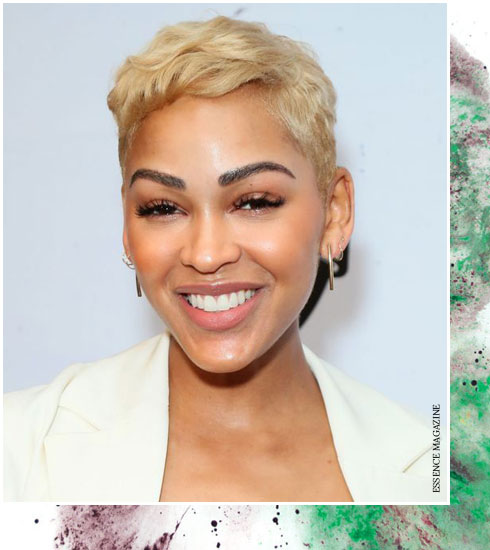 Why: Just for kicks, and to get rid of wrinkles. “I have done Botox and I LOVED it, [but] I’ve done it when I know there is a big gap [between roles]. I didn’t tell my husband and then for about six months he kept saying, ‘Hello, Pretty!’ and then I told him and he found it hilarious.” However, unlike any celebrity, she too wasn’t spared from social media hate. “I’m not a terribly thick-skinned person,” says Olivia. “People can be slightly desensitized to people’s feelings nowadays, which has got greater over the years with Twitter. I do get upset.”
Quote from Stylist.co.uk

What: Nose Job and other surgeries

Why: “I had bones in my nose that were growing and itching. I could breathe fine, but I added cosmetic surgery. I admit it! Fake hair, and I did my nose. I feel I have a responsibility to tell the truth. As a model, I needed makeup. I don’t think there’s anything wrong with that. It leveled my playing field. If you like your natural self, don’t worry about it. But if you feel insecure about something… I have a magic bag of beauty tricks to make you who you want to be. Permanent or temporary, I do not judge that. Fix it or flaunt it—I think women should be able to do both. There is a boundary line, either you’re super-natural or you live at the plastic surgeon. It’s okay to hop back and forth over that line. You want a hair weave? Fine. You want permanent eyebrows? Fine. We as women need to stop judging. Natural beauty is unfair, I get really uncomfortable when women who are these natural beauties judge anybody who does anything to themselves.”
Quote from Stylecaster.com 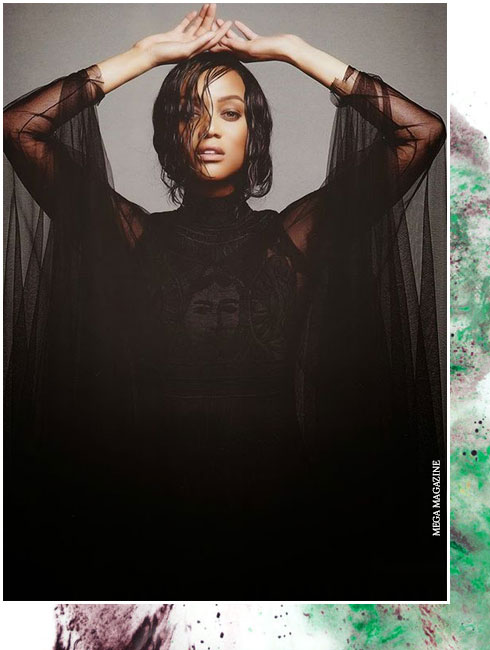 What: Sucking out armpit fat

Why: “I had an armpit sucked out, which was one of the best things. It’s a big secret, but I don’t care. It was nine years ago or so. And I had two inches to my armpit. Now it’s back though, so now I've got to pay for (liposuction) again. It was so easy. It made me feel better in dresses, I felt more confident. It was the dumbest, stupidest thing I've ever done. The dumbest, but I like it, whatever. I have no regrets, honestly.”
Quote from Refinery 29

Why: “I love them so much I had to talk about them. I’d feel better not to have some secret… It’s much freer to say it and then you don’t have to worry someone will dig it up.” She even openly talked about getting her nose done, “I’m not denying it, denying it is lame. Plastic surgery is an emotional journey. It’s no easy feat to live with your flaws and accept yourself—and it’s no easy feat to change yourself. Either way you look at it, it's a tough journey. There are things that I didn’t like about myself that I changed through surgery. There are other things I dislike but I’ve learned to accept.”
Quote from Seventeen, Vogue, Marie Claire and Cosmopolitan Why: “I love ultrasound radio frequency, or USRF, for skin tightening. It uses ultrasound energy to increase collagen production, and to lift and tighten the skin. I’ve done these treatments on my neck, hands and stomach, but it can also be done on other areas of the body.” She even took to Instagram to tell her followers, “OK, so I just left Dr. Ourian’s office, and we worked on stretch marks today and I feel so excited that I finally did it. I’ve been so scared to do it, thinking it hurts so badly, and it didn't hurt that badly. So, I’m so grateful and I’m so excited. I love you, Dr. Ourian!”

Why: “It’s hard when you’re a teenage girl and you already have a lot of ridicule and then you pile on more, and it’s kind of…it just gets too much. We live in a day and age where everything you do is ridiculed. The Internet bullies are awful. I could post a photo where I feel good, and 500 people will comment about how fat I am, and that I am disgusting. On (red carpets), I just said to myself, ‘You have to do your best to look confident and stand up tall, and make yourself look as good as you can in these photos, because everyone is going to see them. I definitely seemed confident; I’m an actress, that’s what we do. But on the inside, I wasn’t feeling so happy. Now, I’m exactly as I’m ‘supposed to be’.”
Quote from Marie Claire The latest buzz on Nykaa Network
Ask, Connect, Answer and Learn Nykaa's buzzing beauty community
Sonali Sharma
Can you explain all cosmetic use like what is the use of toner and primer and other cosmetic.. 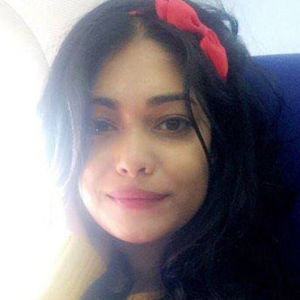 Lakshmi Nayar
I hate my double chin. How can I hide it without surgery? 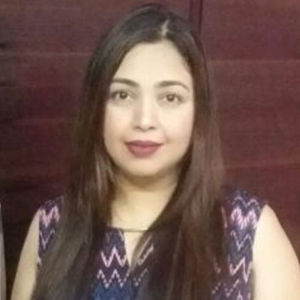 Gauri Kumar
What precautions should I take after having a cosmetic beauty procedure?
Explore Nykaa Network
Facebook Twitter Copy Link