If you are a beauty aficionado like us, then you would need NO introduction to UK’s most famous makeup artist Charlotte Tilbury. With a career spanning over 25 years as the best MUA in the world, she has created countless beauty trends (Re: graphic pop-art makeup, sun-kissed, luminous skin, feline flick and nude skin, smokey eye etc.)—kickstarted by her signature makeup looks on the catwalk, red carpet and magazine covers. She has also collaborated with designers like Tom Ford and Burberry, as well as world’s top magazines (including British, French, Spanish, Italian and Brazilian Vogue, Vanity Fair and V magazines) to create high-profile beauty campaigns. Editorially, Tilbury is also a contributing editor to British Vogue!

As her eponymous brand finally arrives in India, we take you through her revolutionary journey that changed the perception of beauty worldwide; plus, a round-up of products that our editors at the BB HQ swear by!

How It All Started

Born in London and raised in Ibiza, Tilbury always knew she would pursue a creative career. At the age of 13, there were two key moments that left a huge impact on her. The first one was meeting renowned makeup artist Mary Greenwell who opened her eyes to the makeup world; the second one was when we started wearing mascara and discovered the transformative power of makeup. “During my teenage years I would spend hours studying photos of iconic silver-screen icons from Marilyn Monroe, Sophia Loren and Audrey Hepburn to Elizabeth Taylor and thinking: How can I steal a bit of their beauty DNA and bottle it?”

Soon after attending the Glauca Rossi School of Makeup in London to learn her trade, Tilbury assisted Mary Greenwell, who was princess Diana’s makeup artist. By the age of 20, she was working alongside the industry greats including Mario Testino and Marcus Piggott. Soon after she started collaborating with fashion houses (LV, Gucci, Missoni and Cavalli), gradually progressing to lead makeup artist for Alexander McQueen, Chloe, Prada, Miu Miu, Valentino and Tom Ford.

Her career took off in the early ‘90s during the iconic supermodel era of Naomi Campbell, Claudia Schiffer and Cindy Crawford. Her makeup looks soon graced the pages of countless titles (from Vogue and Harper’s Bazaar to Vanity Fair and Tatler) giving way to countless beauty trends. Tilbury also worked on product development to create best-selling products and launch entire brands.

With the dream of launching her own brand, Tilbury launched her own eponymous line of cosmetics at London's Selfridges and charlottetilbury.com in 2013. he brand quickly became one of the department store's most popular makeup counters and is now stocked by the likes of Fenwick's, Harvey Nichols and Net-a-Porter, as well as Nordstrom and Bergdorf Goodman in the US, and has won over 200 awards. Today her product line is available online in over 68 markets. “I wanted to bottle my beauty secrets to every woman and man. I wanted to pour all of my 27 years of knowledge into the best performing products with the easiest delivery systems, most innovative formulas, and the most super flattering textures and colors.”

Our Favorites From Charlotte Tilbury

Okay, this is the first time I tried Charlotte Tilbury and boy am I glad I did! I have always been on a hunt for a powder formula that does not alter my skintone. Which is why I instantly fell in love with The Airbrush Flawless Finish. It marries my natural tone and enhances beautifully without it being too overpowering. It truly delivers an airbrush finish and most importantly, it kept my makeup intact through the toast days in Mumbai.

When it comes to eyeshadows, I'm very particular about the colors and pigments involved. I prefer a lightweight formula that adds just the right amount of drama with sparkle. The Bigger Brighter Eye Filter - Exaggereyes gives me just that. This heavy-duty palette comes in four phenomenal shades that lifts my eyes, perfectly delivering to the palette’s promise that states ‘putting lights-into-the-eyes.’ Oh, and it’s also perfect for those mornings when you only clocked in a few hours of sleep.

One of my first buys from the brand was the Pillow Talk Medium and boy, does it leave up to the hype. This nude shade is great for my skin tone since it perks it up, rather than making it look ashy or washed out. The texture is all soft and buttery that just glides on my lips and keeps ‘em moisturised for hours. Can’t do without it!

I love this mascara. It’s like a push-up bra for my lashes! Since, I have hooded eyes, this intensely pigmented mascara lengthens, thickens and adds definition to my lashes without smudging or budging. That’s saying something, given the fact that its hot all year around in Mumbai. PS: It doesn’t flake so that’s a win-win if you wear contact lens. 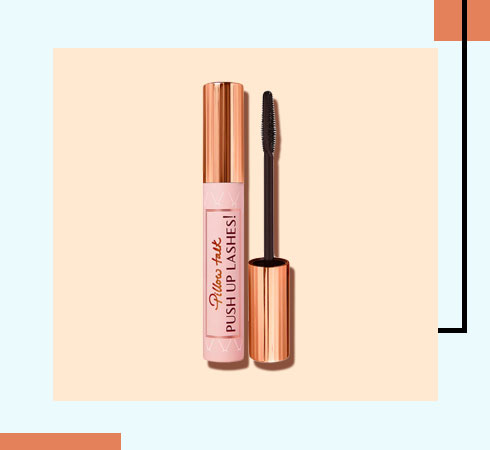 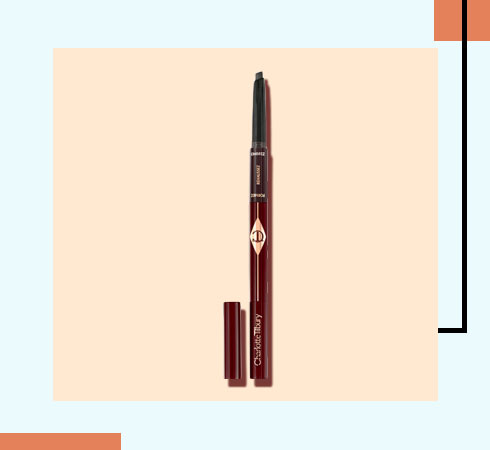 I’ve been unlucky when it comes to brows - I have ultra-thin and uneven ones, that barely arch; which is why my makeup kit is always bulging with numerous brow-shaping tools. But I’ve decided to throw ‘em all away and keep this one, fabulous all-rounder from Charlotte Tilbury. It’s a 3-in-1 to shape, lift and define my eyebrows to perfection. Immaculate eyebrows, here I come!

This sensual and flattering red-berry shade curated by Charlotte, is everything I need for the perfect, kiss-worthy pout; especially when paired with the most-desired Lip Cheat pencil that is a godsent for a fabulous pucker. Best part? Both guarantee hydrated, supple lips with hyaluronic acid and vitamin E added to the mix! 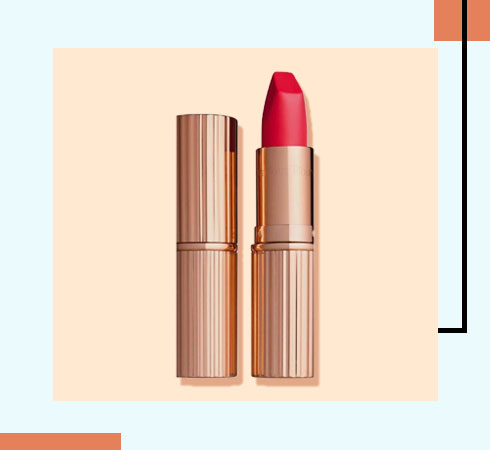