How To Remove Whiteheads With Home Remedies & Treatment 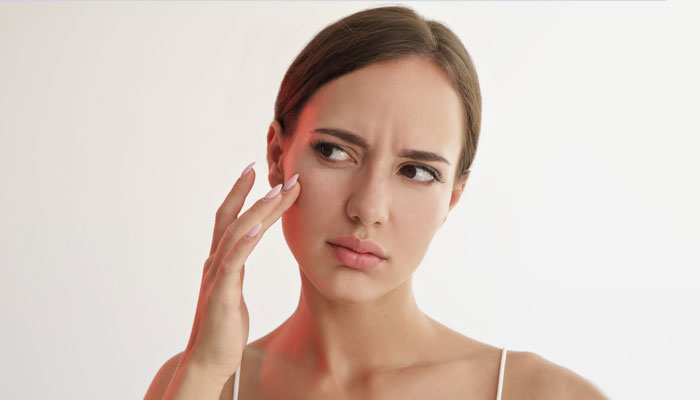 You must be familiar with blackheads but have you dealt with their long lost sister yet? Yes, we’re talking about whiteheads. You might know them as those white spots that spruce up out of nowhere and aren’t visible on your skin. But, just because you can’t see them, doesn’t mean that they don’t need immediate attention. Instead of oil being trapped on the outer surface (in the case of blackheads), a whitehead is formed when oil is trapped within your skin. Since the air can’t reach inside your skin, these spots don’t oxidize and tend to stay white.

What are the effects of Whiteheads?

We know what’s the first thought that pops into your head when you spot a whitehead (or two or even a group) — squeeze them out. But that’s where you’re going wrong — never ever squeeze whiteheads, especially with your fingers. This can lead to the whitehead turning into a small bump and ultimately, causing rashes and sometimes even permanent scars. And, you definitely don’t want that!

The key to effectively treating whiteheads is to first find out why they appeared on your skin in the first place. Listed below is the answer to what causes whiteheads.

It is mostly during puberty that whiteheads rear their ugly head. Due to the hormonal changes that occur during this time, there is an increase in the production of sebum. The brain releases a GnRH hormone, which tells the oil glands beneath the skin to secrete more oil. Due to this excess sebum, the pores get clogged and the skin is unable to get rid of the dead skin cells and bacteria— thereby resulting in blocked follicles.

Whiteheads can also be caused by hereditary factors. Put simply: Parents with a history of acne are likely to have children who struggle with the same skin condition.

Higher the stress, greater the chances of whiteheads. Glands that produce sebum are also receptors for stress hormones. In a stressful situation, these oil-producing cells are unregulated, resulting in excess sebum production, leading to breakouts.

In addition to puberty, other hormonal causes of whiteheads also include pregnancy, menopause, or birth control pills. Moreover, many women also find that the appearance of whiteheads and other forms of acne worsen during their menstrual cycle. As estrogen decreases, progesterone levels increase, signalling the glands to produce more oil.

There’s also been evidence that unhealthy habits like smoking, drinking, or an irregular sleep pattern can worsen existing breakouts. Also, while diet has not been proven to be an immediate cause, numerous studies have observed a connection between certain foods and the prevalence of whiteheads.

How To Get Rid Of Whiteheads?

After hearing about the ill-effects of squeezing, we hope you won’t be indulging in that. But, fret not. There are several other (and more) effective ways to get rid of whiteheads — home remedies, treatments and medicines. So, if the only question in your mind is to how to get rid of whiteheads, scroll down for all the solutions.

Now that squeezing is not an option, we are here to sort you out with some super effective home remedies to remove whiteheads.

This age-old, trusted ingredient works wonders when it comes to whitehead removal. All you have to do is extract aloe vera juice from the plant, mix it with lemon juice and finally, massage it all over your whiteheads. With aloe’s cleansing power and lemon’s antimicrobial properties, this whiteheads remedy is sure a win-win.

Or Try This: The Body Care Lemon Peel Off Mask 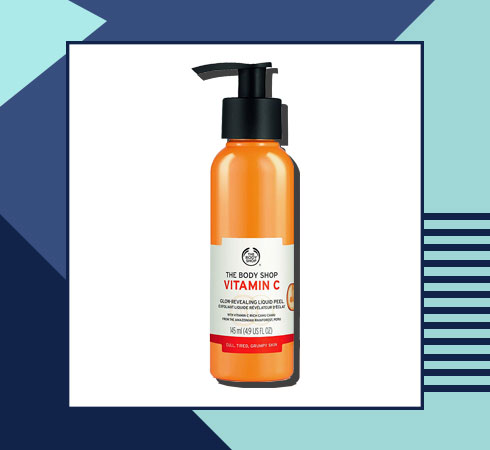 Honestly, we can’t count the benefits of Honey just on our fingers. They are far too many, aren’t they? Add whiteheads removal to that list too. Again, the bacteria-fighting properties of honey make it work like a dream. Simply, heat honey for 10-15 seconds and apply it on your face after cleansing. Leave it on for 15 minutes. However, make sure that honey is not too hot or you'll end up burning your face (nightmare!).

In sickness or when you are looking for an effective whiteheads treatment, trust boiled water to save the day. Especially, when you’re using it for facial steam. Transfer boiled water in a container and keep it close to the affected area i.e. nose, cheeks or forehead affected by whiteheads. Alternately, you can also place hot towel on your head and let the steam transfer to your face. The warm water will cleanse your pores, helping you get rid of whiteheads. 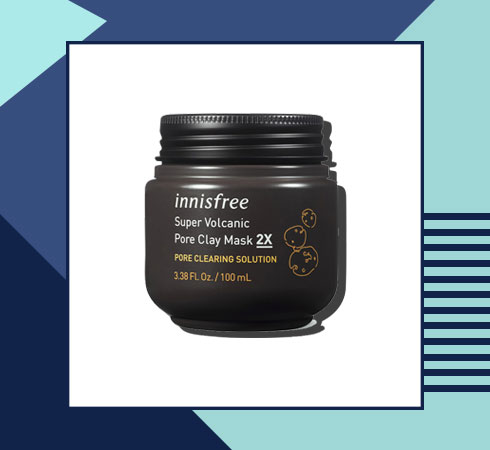 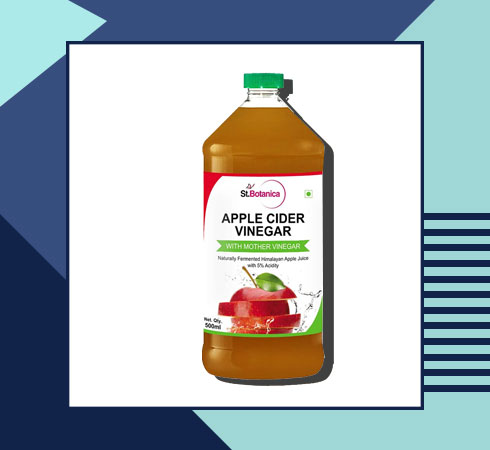 We won’t be exaggerating when we say that Apple Cider Vinegar works like magic for your skin. So, if it makes it to our list of home remedies for whiteheads, you shouldn’t be surprised. With its antibacterial properties, the ingredient reduces inflammation and even has the power to shrink pores. Mix two to three tablespoons of Apple Cider Vinegar in warm water and apply it on whiteheads after washing your face. Keep it on for 20 minutes and repeat the same whenever you need it.

What’s the first thing that comes to your mind when we talk about baking a cake? Okay fine, what’s the second thing - we are sure your first thought is eating it! For us, it’s baking soda. The good news is that this ingredient works just as much for whiteheads removal. You wonder why? Because of its exfoliant properties that will cleanse all impurities. Use the Baking Soda paste and apply it all over your face or simply, on your whiteheads. Keep it on till it turns into a dry paste and then rinse it off with lukewarm water. 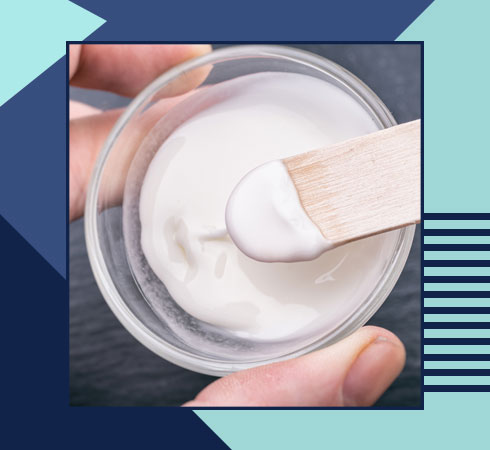 Witch Hazel works the most as an astringent. So, you can apply it straight on your whiteheads. That’s right, you don’t have to mix it with anything. Wet cotton ball in it and use it twice a day. This is a great whiteheads on face treatment because it unclogs pores and did we mention, it reduces inflammation too?

If there’s one ingredient that is present in all sheet masks and face creams, it has to be Tea Tree Oil. No surprises there. After all, it has so many benefits including whiteheads removal. Dip a cotton ball in Tea Tree Oil and apply it straight on the whiteheads at least twice a day. Follow this routine till you see visible results. 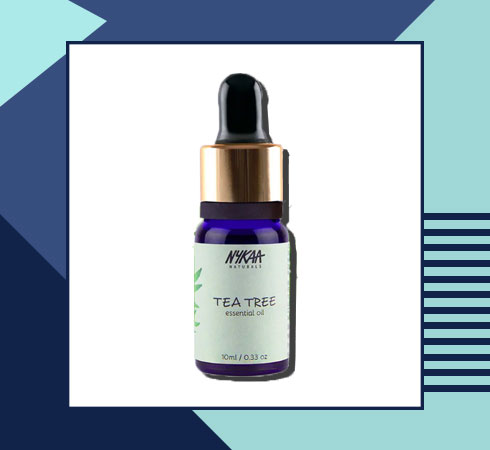 A toothpaste just doesn’t improve your teeth but also, provides solution for the popular question — how to remove whiteheads from nose. Cover the whiteheads on your nose or any part of your face with a layer of toothpaste and keep it on for at least 30 minutes. Rinse it off before your skin encounters any infection. Follow this routine once or twice a day, depending on the intensity of your whiteheads.

If we have to go by what our ancestors used to say - all body problems have one solution i.e. Turmeric. Haven’t you been asked to drink haldi doodh every time you have fallen sick? Guess what? Turmeric even helps you get rid of whiteheads. All you have to do is make a paste with turmeric and water or even, honey and apply the paste on your whiteheads. Leave it on for at least 20 minutes and repeat the same twice a day. 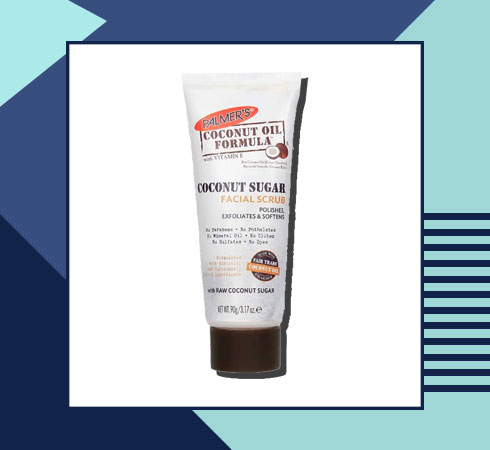 To whoever said sugar is bad for you, has definitely never encountered whiteheads. A DIY Sugar Scrub will work wonders as a whiteheads of face treatment. All you have to do is mix sugar with honey and lemon juice and scrub it all over your face in circular motions. Wash your face with lukewarm water after a few minutes. But, don’t use this scrub too often — twice a week would make the cut just right.

Treatments For How To Get Rid of Whiteheads on Face:

If all the home remedies aren’t working for you, it’s time you opt for treatments as well as medicines for whiteheads. Here is a list of our suggestions:

If whiteheads have taken over your face, look for creams that contain Benzoyl Peroxide. You will be happy to know that it is present in several creams — face and body. Why does it work? Courtesy: anti-bacterial properties and its power to decrease inflammation and also, dry up excess oils. But, make sure you pick products that contain only 2% Benzoyl Peroxide because it contains bleach fabric that can be harmful for your skin. Wash your hands immediately after using this treatment.

Don’t underestimate the power of Salicylic Acid when it you’re searching for a whiteheads treatment. The acid helps reduce redness because of its anti-inflammation properties. Moreover, it helps open pores and of course, promotes cellular development. That’s not all! It even contributes to the production of collagen and blesses you with an even skin tone. And, did we mention it has absolutely no side effects? We’re sure you can’t wait to get your hands on this whiteheads on face treatment.

We trust retinoid because it contains the oh-so-effective Vitamin A that works against unclogged pores. Regular retinoid creams have anti-aging benefits but don’t use them just on the affected areas. You need to apply these creams all over your face. However, opt for mild retinoid creams — the strong ones can make your skin extremely sensitive to the sun. If the creams don’t do their job, consult your dermatologist.

Count dead skin cells removal to the many benefits of exfoliation. It’s only a big plus that it also makes your skin smooth as butter. And, no you don’t necessarily have to use one with only Salicylic Acid. A gentle exfoliant won’t cause any dryness or irritation and will work its magic as an effective whiteheads remedy.

When all the products and home remedies for whiteheads fail to do their magic, it’s time to make an appointment with your dermatologist. They might prescribe topical treatments and medicines for whiteheads. Also, since most of the topical treatments contain ingredients that can dry out your skin, it’s important to consult a dermatologist who can guide you effectively. Patience is also important with OTC acne products. Remember that these treatments can take a couple of months to take full effect. PS: Before using any prescribed acne products, make sure you apply sunscreen to avoid any allergic reactions.