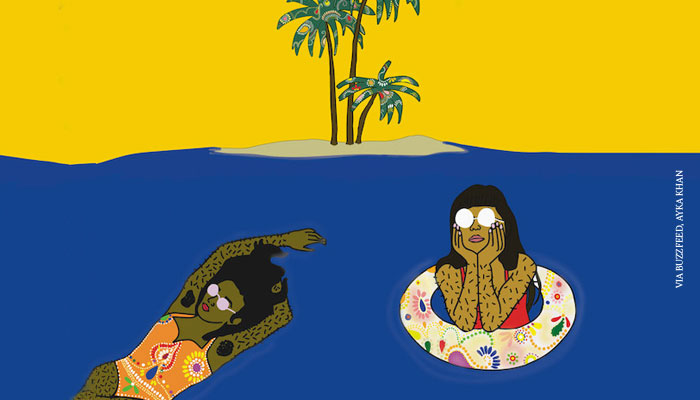 I, for one, never question the legitimacy of the theory that we humans “evolved” from apes. You see, I have enough hair on my body to provide forest cover to a small country and I solemnly wish I were exaggerating. If you come to think about it, maybe there’s some grand design at play here wherein my whole life has led to this very moment. The one in which I write this article with utmost empathy because I can bet my every last ingrown leg hair that I know what I’m talking about.
I’ll never forget the feeling of being a preteen and being mortified over the sheer amount of hair that covered my then gangly arms. It was my cousin’s wedding and I asked my mum if I could get a wax. To my surprise she didn’t shoot it down. I distinctly remember being the only tiny girl in a parlor full of women, all who seemed to speak a language I didn’t understand. It’s called Salon-ese and I’m proficient in it now, so don’t worry! I hadn’t developed breasts yet (hey, be kind to the late bloomers, okay!) but I had gotten my first wax.
There’s something to be said here about the culture we grew up in and why waxing seemed like a rite of passage – which it did, FYI. I remember feeling grown up or like I’m suddenly part of the ‘big girls league’ because my arms were now ‘clean’. I didn’t wax as a regular practice in school but got around to it right when college was about to begin. Around the same time that girls my age were getting their facial hair bleached, their eye brows done, and their whole bodies lasered. Safe to say, I was behind the game. My eyebrows put up a united front everywhere they went and my facial hair gave away my Sindhi genes in an instant. I made it my mission to make it part of my ‘look’ – because the love child of Frida Kahlo and Kajol is a look apparently. After getting teased about my facial fuzz, bleach was newly on the table. But I had heard getting your eye brows done hurt like a *include-all-expletives-here* and that once you began doing them there was no looking back as you would have to get them done routinely, no matter how painful a process it was. So the verdict was out: the unruly unibrow got to stay, face fuzz lightened, razors befriended, and parlors were only for waxing appointments because student budgets are real.
While I continue to feel the pressure of being hairless right to this day, I’ve figured a way to manage my own expectations along with that of the world at large. Firstly, it really helps that there is an entire movement around body hair positivity now. I know how much that would have helped me in my growing years so I’m truly thankful to people like Harnaam Kaur. She’s a British model of Indian origin who is a body confidence and anti-bullying activist who, incidentally, sports a beard. At the age of 12, Kaur was diagnosed with polycystic ovary syndrome, which causes an imbalance of hormones in the body. One of the symptoms of PCOS is hirsutism, or excessive facial and body hair and that’s how Kaur came to grow a full beard. She says in interviews that while she initially attempted to remove her facial hair due to constant bullying from others, she has grown to embrace her unconventional appearance and has become a spokesperson for the body positive movement.
Echoing her sentiment is body acceptance activist Dana Suchow of DoTheHotPants who threw out her razor and broke free from judgments regarding body hair. She says in an interview “As a society, we shame women’s body hair so much. Our jobs, livelihood and mental health are affected by it.  So, all of us women end up trying to fit into an idea that’s been sold to us of what makes a woman a woman.”
I often wonder what it must be like to be a girl who doesn’t need to constantly tame her wild and incorrigible hair. The idea of going razor free is more than appealing to me. Imagine what I could do with all the hours I usually spend giving myself nicks and cuts in the shower or listening to the parlor didi go on about the merits of chocolate wax (prime example of Salon-ese, the language I now speak). These are precious hours of my life I’m never getting back. Having said that, I don’t think I’m still ready to trade in the feeling of being freshly razored/waxed/plucked anytime soon. There’s something very liberating about feeling clean too.
Freedom means different things to different people. To me it means embracing both my sides. The one that treats life like it’s a red-carpet event and the other that makes me feel like I am the carpet itself. That’s right, I’ve learned to love my hairy days and don’t feel like any less of a person when I am in full bloom, if you know what I mean. No matter which side of the spectrum you fall on, just know that your Hairy Godmother is here with you offering some body hair positivity and some friendly hair removal advice, whichever you should need that day. 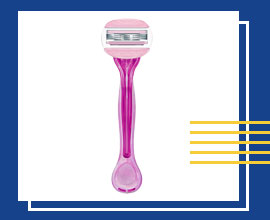 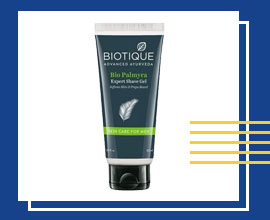 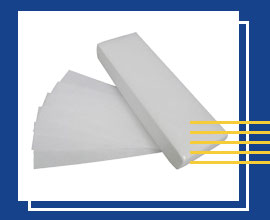 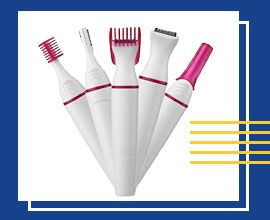 Are You Struggling With Facial Hair? Check Out:
Your Guide On Facial Hair Removal now!

The latest buzz on Nykaa Network
Ask, Connect, Answer and Learn Nykaa's buzzing beauty community
Mukherjee Eshani
I have a curly fuzzy hair which sampoo shal i use

Mamta Jayswal
I always end up with nasty rash after shaving. How can I avoid this?