Ten Men you should Leave Behind 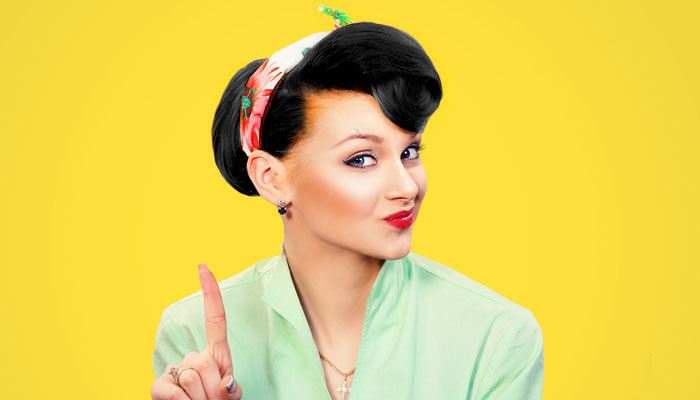 He might have been charming and chivalrous when you first started dating, but if your Mr. Right sounds like any one of the men listed below, then it’s time you bid him adieu. You deserve better
Some guys are stickier than quicksand. Others are needier than your Labrador. A few grate louder than chalk on a blackboard. And yet others actually secretly hate all womankind.

Here’s a list of types of men you should firmly put into your out tray.

You make dinner dates, buy movie tickets for the new hit in town, book an expensive restaurant with snooty waiters and he doesn’t show up. The calls and e-mails make the phone lines sweat, he promises to turn over a new leaf. You plan an out of town trip to start afresh and true to style, the boss, the meeting, the ill mother at home, even the sick family pet, all take precedence. That’s the time to give him the boot and move on.

You start off by thanking your stars you found a man this attentive. He hangs on to your words but quickly starts breathing down your neck. He quizzes you about the time you spent in the powder room, darts unpleasant looks at the waiter you’re discussing the menu with, and wants to know why X or Y’s sent you so many messages. He thinks your brother hugs you too tight, doesn’t like your mother meeting up with you for coffee, thinks your boss has the hots for you. It won’ be long before you start finding his attentiveness suffocating. And even when you do show him the door, he’ll probably follow you and your new man around town, lurking around corners and bumping into you ‘accidentally’ every time you turn.

This is a man who’s not afraid to use his hands and feet. He’ll grab you by the arm, poke you in the chest, stamp the floor when he disagrees with you, grip your elbow and glare you down. Even if he’s just hit you once or even threatened to, leave him. Without a second thought. Anyone who threatens violence is not worth being around.

Remember the Sprite ad, the man who’s dating two comely things and smiling sweetly through all the attention? He runs off in the middle of a nice evening. His mobile’s busy all the time, even on a Sunday. He runs to cut you off when you walk towards his closet. The minute you say you want to use the bathroom in his house, he runs in first and comes out holding something that looks suspiciously like a bra. You offer to make him lunch on his birthday and he shows up two hours late and half way through says he’s too full to eat another bite. The man’s two-timing you. He’s got another lady in the wings and you should simply set him free, quickly.

He loves you so much that the first time you met he knew you were the girl for him. Two dates later he’s moved in, with his pet hamster, his scratchy Kishore Kumar LPs, his dirty socks and underwear he forgot to wash for the last two months. He adores your cooking that he can’t bear for you to not cook even one meal for him, even on your birthday. He thinks you work too hard and quits his job to babysit your plants and pet parrot. He doesn’t think it unmanly in the least to give himself up to the ministrations of a woman.

He’s nursing a broken, angry heart. He loved and lost, through no fault of his, he points out repeatedly. He breaks into tears repeatedly and goes into a funk. Every song, every movie, every book and every dish you prepare reminds him of all the unfaithful women he’s ever dated. Such men are angry beyond measures and even though they may go to great lengths to disguise it, be prepared to give up all for him or risk being categorized with all the unlovely women he’s ever loved and hated.

You wake up in the morning and stifle a scream. He’s prancing round your bedroom wearing a cucumber mask and preening in the mirror. He thinks your dog smells, your sister’s too needy, your brother’s too familiar, your boss is too overbearing, your girlfriends’ are too demanding. His looks are suffering because of the lack of attention you’re paying him. Get the picture. A man who’s jealous of your dog, your boss and your sister is only warning you of what lies ahead. Dating him will leave you with no energy to wake up in the morning.

Pay close attention to how he handles your accomplishments. When you joyfully announce you’ve got a raise, does he pull out the calculator and after an intense half hour announce it means you’ll bring home Rs 75 more every month? Does he look at you every morning and snidely remind you about the weight you’ve put on? Does he think you boss pays you too much attention? Is he always complaining about the rapport you share with your sister, especially in light of the fact that he has such a stormy relationship with his own siblings? Some men have a hard time adjusting to the idea that women are capable breadwinners and content with their lot and the fact that he hates his own job makes it harder for him to accept you’re happy with yours. Don’t for a minute think there aren’t men who are truly happy when their partners do well at work and share close bonds with friends and family.

You’re thrilled when he doesn’t kiss you on the first date. You’re charmed when on your fifth date he says he wants to know you better before going any further. He makes promises to introduce you to his parents but somehow never gets around to doing so. You’re close to tears when he confides on your eighth date that he’s been hurt before. A surprising number of true loves never reach their logical end. But beware, when you finally bring things to a head, be prepared to be told that your thunderous thighs and body odor put him off.

His was the perfect past. If there was a Guinness Record for perfect parents, his would win hands down. His mother cooked beautifully and was always home when he came back from school, his father never smoked or drank or played cards. Laughter, love and kindness woke him up every morning and tucked him in at night. Be careful, these could be the ramblings of a disturbed soul trying to create a mythological perfect past. You don’t want to be around when the façade shatters and the dark secrets come tumbling out. It’s likely you’ll get swept away with the tide too.
Read Comments

The latest buzz on Nykaa Network
Ask, Connect, Answer and Learn Nykaa's buzzing beauty community
Niketa White
How do I control getting pimples they leave behind scars.
Adarsh s
Men makeup
Varsha Reang
Do you have something to improve uneven skintone for men
Explore Nykaa Network
Facebook Twitter Copy Link