#SuperBrides That Broke Stereotypes (And The Internet)

We can’t plan our future, but our marriage? That we have down to the T. Right from the time we hit puberty, we’re repeatedly reminded about the qualities our ‘ideal groom’ should possess. But that’s changing. And it’s changing because of real-life superwomen, more like #SuperBrides. They’ve shackled societal norms and proved that if love can be for everyone, so can marriage.

The universal concept of marriage has been wiped out for a more unconventional one. They’ve made the ugly seem beautiful. Remember acid-attack victim Laxmi Agarwal? She, and many other acid attack survivors have muted the roaring voices of patriarchy by finding their own. Take a moment to acknowledge every transgender and lesbian bride out there. They’ve spurned convention, ditched dowry, scrapped the lehenga, even left the mandap in the face of inebriated, gutka-chewing grooms. Each story warms the heart. Each bride is a different kind of brave, a different kind of beautiful. And each act of rebellion corroborates a historical celebration for the country.

At the onset of the bridal season, #SuperBrides tell us what it takes to be one. And empower you with the strength to march to your own beat.

The world cheered for Tista Das, a transwoman and transgender activist Tista Das as she married transman Dipan Chakraborty, marking them as the first trans-wedded couple of the country. Whereas within the community, they faced backlash. Errr, who’re we kidding? Of course, we saw this coming! The bride, however, couldn’t be less unconcerned, “Love is not a weakness, it’s your boldness that will carry you forward.” What she can’t wrap her mind around is, “If a cisgender rejecting a transgender is worth condemning, then isn’t rejecting a man because he is a transman equally disrespectful?” On the other hand, Dipan, who couldn’t take his eyes off his blushing bride, would like to remind everyone that, “As social outcasts, we only hope this day sends out a message for people to realize that we are humans too. We have feelings as well and we, too, have possibilities in life. I can only hope mindsets change and people come out of fear.” The transgender population in India is estimated to be nearly several million (official estimate as accurate numbers are inconceivable), their fight for recognition as the ‘third gender’ was a success no doubt, but not a complete one. “The current draft fails on the fundamental right to self-identify,” says Human Rights Watch South Asia director Meenakshi Ganguly.

Believe it or not, after the duo had sex reassignment surgeries, they threw caution to the wind, and chose to marry the cisgender way. Which is, amid full-blown traditional Hindu-Bengali rituals. You can tell, for them, the need for societal acceptance is so, so real. But trust Tista to march to the beat of her own drum, “Our wedding didn’t have the ritual of Kanyadaan, I’m not a commodity, so, I didn’t allow my uncle to carry out the ritual of Sampradan. Likewise, my sindoor and sankha, which many have opposed, is something I decided to wear just to give some happiness to my mother,” says Tista.

What it takes: A face that beams with highlighter and happiness.

First, the internet awwwed and ooohed with the news of the ‘the first Indian lesbian wedding’ between Shannon and Seema. Then, the two Hindu-Muslim same-sex marriages between Sundas Malik with Anjali Chakra and Bianca Maieli with Saima Ahmad proved that love has no borders (or boundaries). Sadly, none of these weddings took place in India. But when the two lawyers successfully challenged the Section 377 of the Indian Penal Code that criminalized same-sex relations, (later came out as a couple themselves) – it paved the way for Suchandra Das and Sree Mukherjee. “One day, I suddenly pinged Sree and told her I want us to get married that very Christmas,” said Suchandra. A fortnight later, finally, establishing a lesbian marriage in India, “Sree dressed up as the groom and I was decked up like a traditional Bengali bride.” And just like they vowed to be wife-and-wife for the rest of their lives.

That they may have faced criticism is nothing to write home about. But times are changing. And come to the opinion that India isn’t homophobic, after all. “There are some people who are. The entire country can’t be termed homophobic because of a miniscule section of the society which thinks of itself as the country’s moral guardian,” she says. Although, she does impart one crucial piece of advice to every like-minded person. “Don’t come out unless you are financially ready. Once you are, it won’t matter what society wants you to do, you can follow your heart,” she alerts. Sounds about right.

What it takes: Loads of grit, wit and a smacking red lipstick.

If you ask Vashnavi Poovanedran aka Navi Indran Pillai, she’s #kissedbycancer. Undoubtedly, when her cancer returned for the second time, it hit her twice as hard. Even then, she refused to let the disease take her down. And so, the strong-willed, two-time cancer survivor took to Instagram with her ‘Bold Indian Bride’ photo shoot. Something she needed to do for herself, “Cancer treatments has given us a lot of limitations, has robbed us from beauty and taken away our confidence. As little girls, we dreamt of what our big day will be like and how we would look as a bride. But cancer has stripped some of us from fulfilling these dreams. A lot of cancer survivors have postponed or even cancelled their big day.” But not her. Follow her on her social platform, and you’ll see her touching portrayal. What she doesn’t reveal is the behind-the-scenes hardships she had to overcome. Her makeup artist at Blush, Beauty & Beyond explains, “The first challenge was to create and carve eyebrows on a canvas since she had lost her own. I had to draw individual hair strokes to mimic the appearance of real brow hair and ensure it didn’t look too fake. The next challenge was to choose and fix a headpiece, without a single hairpin involved. This wasn’t easy but I’m so glad we figured it out.”

This makes you wonder. You’d think putting together a photo shoot would further highlight the imperfections instead of lessening the sting? Not for Navi, “For me, as a cancer survivor, I dreamt of the day I would marry the love of my life. Dreamt what it is like to look like a bride, to feel like a bride. Having gone through cancer treatments, losing my hair was by far the hardest thing I ever had to go through. I felt I wasn’t beautiful enough to be loved and wasn’t beautiful enough to look or ever feel like a bride. Hair is our ‘crowning glory’ and having that taken away from you is devastating. But we choose to accept what we have, appreciate what we are and welcome what is coming.” Amen!

What it takes: A heavy-duty eyebrow kit, mild shampoo and balls of steel.

Urmila Matondkar marries at 40 years and we go, ‘Finally!’ Neena Gupta gets married at 50 years and that’s our ‘Oh, okay!’ moment. But actress Suhasini Mulay marrying physicist Atul Gurtu at 60 years, completely catches us off guard. She recalls, “When I rang up my sister, she asked me if I was drunk. After I told her everything, she said, ‘Hang on, now I need a drink’. It was funny.” Truth be told, the TV and Film actress gave up on settling down too, “I started believing I was always going to live alone. Marriage was the last thing on my agenda. I have never been married but had a very long live-in relationship that ended in 1990. I came to Mumbai in 2000 and have lived alone for 20 years.” But her marriage isn’t the only surprising bit. That she met her husband online, takes the cake. “Being the Dadi on the sets, I was often the oldest in the group. Although I got along with all of them, there is always an age disconnect. It was on Facebook that I had conversations with people of my age group.” She also recalls the moment they set a date for an Arya Samaj wedding, “When we told the pandit that they were the ‘to-be-married bride and groom’, he was stunned and stammered, ‘Ji, aap dono? Very good, very good.’ We cracked up laughing. We got a similar reaction at the court too. But who cared...? We were happy! We got married on January 16, 2011.”

Excerpts from The Times Of India

What it takes: Not blurring out fine lines and slathering on anti-wrinkle creams but opting for the no-makeup makeup look instead.

Searching for gorgeous bridal hairstyles for you special day? Check out
Wedding Hairstyles For Your Big Day 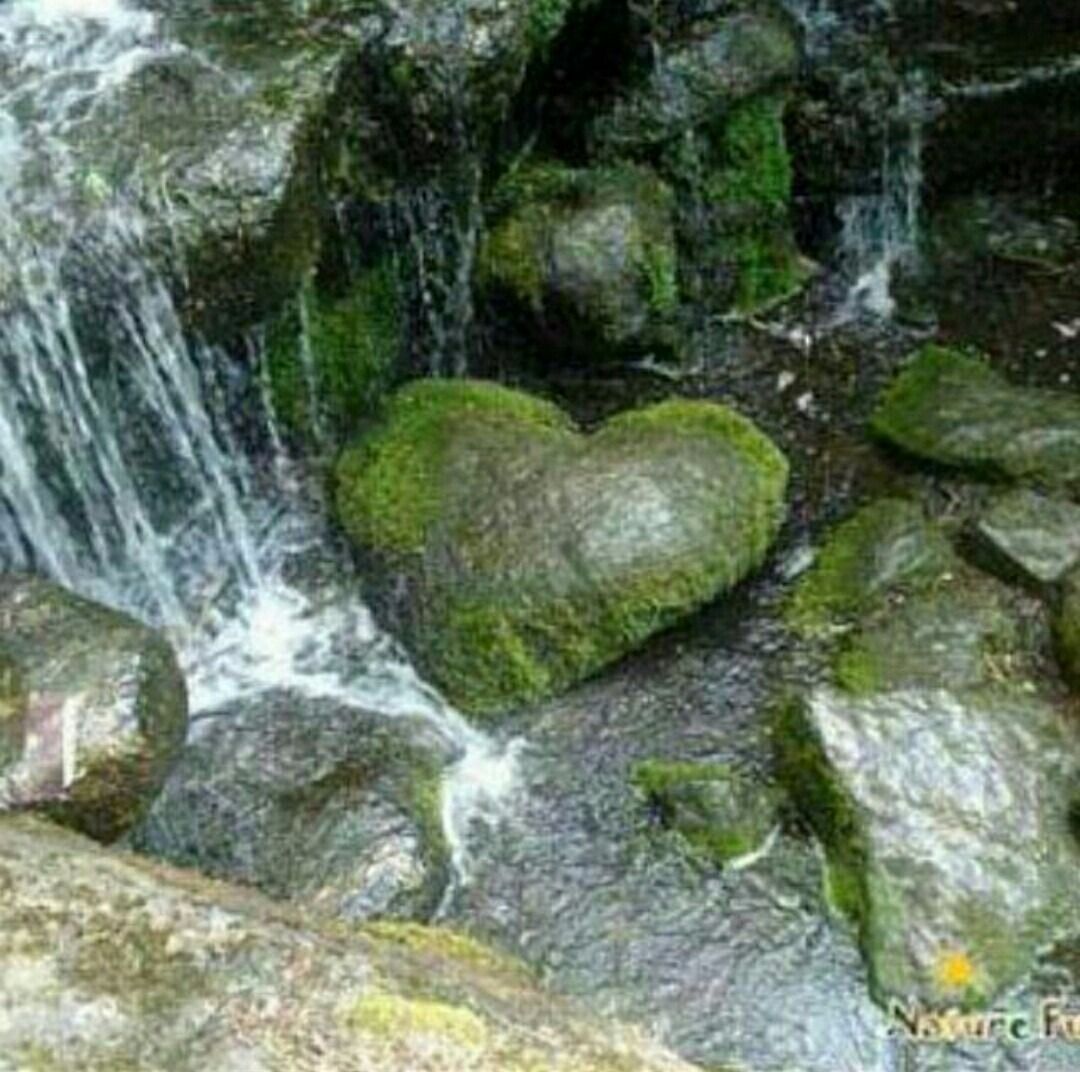 Aradhana RAJAVEL
My nails will broke often. Wht can I do with this?
Minita Bathija
Any suggestions for good eye sight in this internet age?
Explore Nykaa Network
4 Likes
Facebook Twitter Copy Link